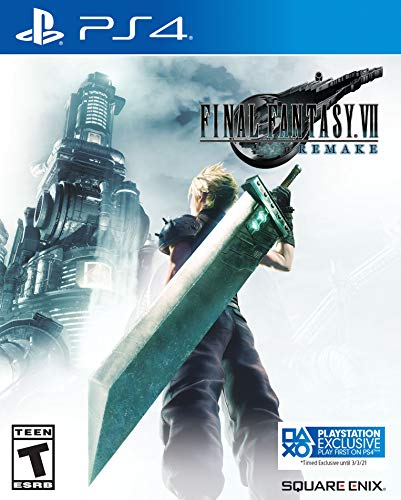 Rating: Rating Pending
Overview
The story, characters, music and graphics of the original Final Fantasy VII made it the best selling game in the Final Fantasy series. For years, fans asked for a remake with higher quality graphics and dialogue. Finally, members of the original development team, including writer Kazushige Nojima, producer Yoshinori Kitase and director Tetsuya Nomura, have given the fans their desire: Help soldier Cloud Strife and his allies stop the Shinra corporation and even greater foes from using the planet's life force as an energy source in this classic tale remade to almost live action CGI film quality standards. Join Cloud on old and new paths of self-discovery as he faces off against enemies that seek to destroy everything he loves.
The products below contain affiliate links. We may receive a commission for purchases made through these links.
Advertisement

Game Release Dates is the best source to find out when does Final Fantasy VII: Remake come out. Dates do change so check back often as the release approaches.
Privacy Policy
Copyright (c) 2022 www.gamereleasedates.net