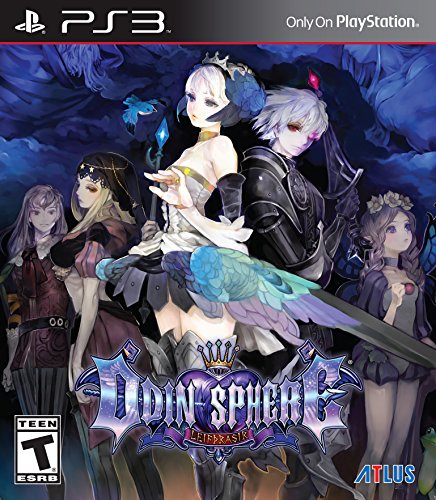 Rating: Teen
Overview
Experience Odin Sphere's modern classic role-playing adventure in a whole new way in Odin Sphere Leifthrasir! Battle for supremacy over the Crystallization Cauldron in the destroyed kingdom of Valentine on Erion. Explore five separate and interconnecting story threads seen from the perspectives of members of five royal houses! Play as a protagonist or antagonist depending on the story! With this new edition of Odin Sphere, enjoy full HD 1080p artwork seen at 60FPS, English voice and text options in addition to the original Japanese, new enemies and stages and an overall better game-playing system. If you love the original Odin Sphere, do not worry. This new edition also includes an option to switch to the original game in HD format!
The products below contain affiliate links. We may receive a commission for purchases made through these links.
Advertisement

Game Release Dates is the best source to find out when does Odin Sphere Leifthrasir come out. Dates do change so check back often as the release approaches.
Privacy Policy
Copyright (c) 2022 www.gamereleasedates.net