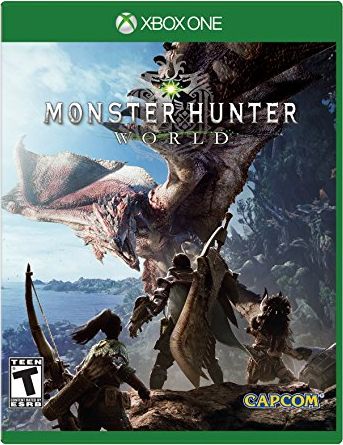 Rating: Teen
Overview
The latest entry in the critically acclaimed 40 million unit selling action RPG series, Monster Hunter: World introduces a living, breathing ecosystem in which players take on the role of a hunter that seeks and slays ferocious beasts in heart-pounding battles. Venture on quests alone or with up to three other hunters in a newly designed online drop-in multiplayer system which allows cross-region cooperative play between Japan and the West, uniting the global player base for the first time ever. Monster Hunter: World will also be the first game in the series with a worldwide simultaneous launch window and is planned for release on PlayStation 4 computer entertainment system and Xbox One in early 2018. A PC release will follow at a later date. Monster Hunter: World sees players gear up to venture on quests to battle against fearsome monsters, progressively improving their hunting abilities as they play. Loot collected from fallen foes can be used to create new equipment and armor upgrad
The products below contain affiliate links. We may receive a commission for purchases made through these links.
Advertisement

Game Release Dates is the best source to find out when does Monster Hunter World come out. Dates do change so check back often as the release approaches.
Privacy Policy
Copyright (c) 2022 www.gamereleasedates.net