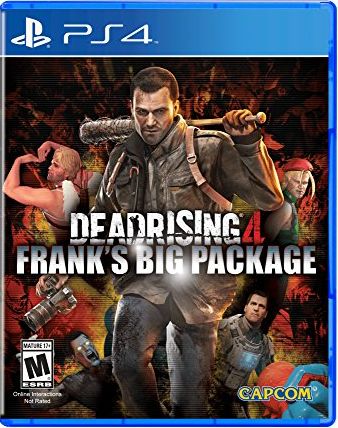 Rating: Mature
Genre: Action
Overview
In Dead Rising 4, players will step foot inside the seasonal festivities of Willamette, Colorado amidst a mysterious outbreak that is spreading across the Willamette Memorial Megaplex Mall and surrounding town. Photojournalist Frank West returns 16 years after the events of the original Dead Rising. An ordinary guy that finds himself in extraordinary situations, Frank seeks to uncover the truth behind a government conspiracy responsible for the outbreak. With intense action and an unmatched level of weapon and character customization, Dead Rising 4, delivers a heart pounding experience as players explore, scavenge and fight to survive in an open world sandbox on the brink of the next zombie apocalypse
Advertisement

Game Release Dates is the best source to find out when does Dead Rising 4: Frank's Big Package come out. Dates do change so check back often as the release approaches.
Privacy Policy
Copyright (c) 2020 www.gamereleasedates.net