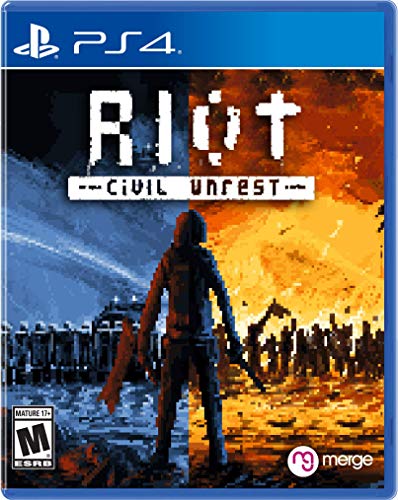 Rating: Mature
Genre: Simulation
Overview
As the economical crisis advanced, the discontent of an entire population cannot help but outburst in riots, where the sounds of many voices get heard at once. The director Leonard menchiari has been experiencing this form of protest in person, and the game ?riot? was born as a way to Express it and to tell the stories of these fights. What is that triggers such a strife? what does a Cop feel during the conflict? in "riot," the player will experience both sides of a fight in which there is no such thing as victory or defeat.
The products below contain affiliate links. We may receive a commission for purchases made through these links.
Advertisement

Game Release Dates is the best source to find out when does Riot: Civil Unrest come out. Dates do change so check back often as the release approaches.
Privacy Policy
Copyright (c) 2022 www.gamereleasedates.net