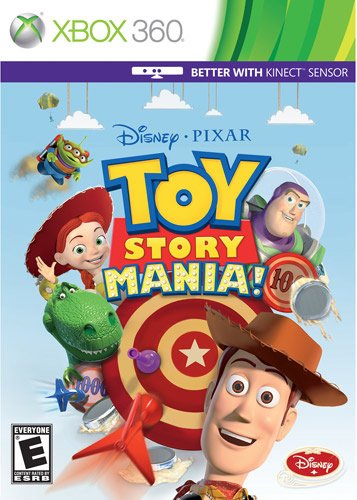 Rating: Everyone
Genre: Adventure
Overview
Join Buzz, Woody and the rest of the Toy Story gang as you play over 30 games in Toy Story Mania. These small games resemble ones that you might find at a carnival such as throwing darts at a target. There are bonus levels, and you can play as a team to find Easter eggs. The eggs are hidden throughout the games, and when you find them, you can unlock other levels and items that can help you in the game.
The products below contain affiliate links. We may receive a commission for purchases made through these links.
Advertisement

Game Release Dates is the best source to find out when does Toy Story Mania! come out. Dates do change so check back often as the release approaches.
Privacy Policy
Copyright (c) 2022 www.gamereleasedates.net