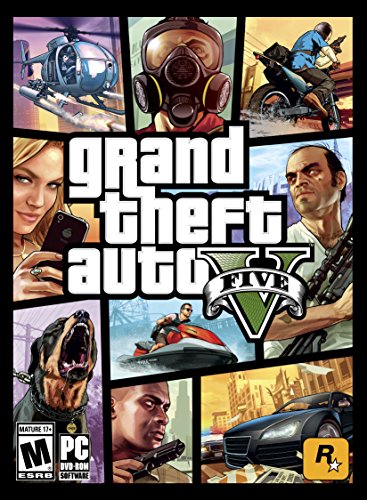 Rating: Mature
Genre: Action
Overview
Grand Theft Auto V is loaded with traditional features that have made the Grand Theft Auto game series one of the best selling games of all time. This particular title follows a classic open world design with a third person perspective. Grand Theft Auto V is set in Los Santos, a location that is inspired by Los Angeles. Players engage in a series of high speed chases and other thrilling missions throughout the streets of Los Santos. Witness protection and credit fraud are some of the issues involving the story line in Grand Theft Auto V. This particular game is based on extensive research and accurate representation of Los Angeles in a thrilling virtual mode. A series of heists challenges players in Grand Theft Auto V to compete against the clock and earn cash as part of the ultimate goal.
The products below contain affiliate links. We may receive a commission for purchases made through these links.
Advertisement

Game Release Dates is the best source to find out when does Grand Theft Auto V come out. Dates do change so check back often as the release approaches.
Privacy Policy
Copyright (c) 2021 www.gamereleasedates.net