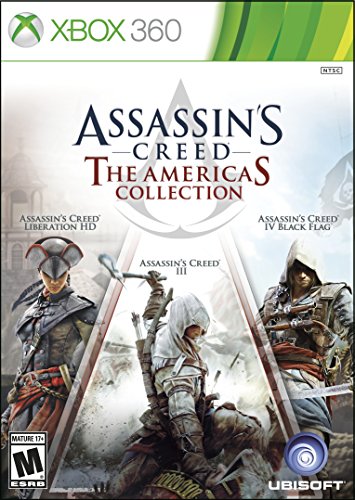 Rating: Mature
Genre: Adventure
Overview
If you enjoy all the bloody, exhilarating action of centuries past, you won't want to miss Assassin's Creed: The Americas Collection. It contains three games in total, including Assassin's Creed: Liberation, Assassin's Creed III and Assassin's Creed IV: Black Flag, and it also comes with exclusive extras that you won't find anywhere else but the bundle. Join the fight between the Assassins and the Templars; test your mettle on the high seas during the Golden Age of Piracy; watch countries grow, develop and die, each with their own role to play in your journey. You'll be able to play for hundreds of hours with this three-game set. The 18th century has never been so exciting... or so dangerous.
Advertisement

Game Release Dates is the best source to find out when does Assassin's Creed: The Americas Collection come out. Dates do change so check back often as the release approaches.
Privacy Policy
Copyright (c) 2020 www.gamereleasedates.net