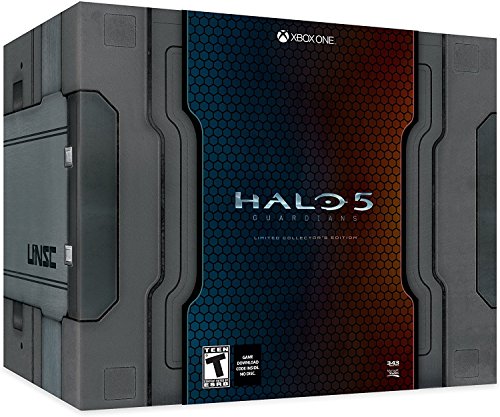 Rating: Mature
Overview
This game's plot revolves around a protagonist race called the Forerunners who battle an evil alien race named the Flood. The setting is throughout the Milky Way Galaxy at some point in the distant past. The Flood has infiltrated and spread harm to much of the galaxy, and the Forerunners' weapon of final resort is a series of large structures called Halos. When activated, the Halos destroy most life and therefore cut off the Flood's sources of food. Once the Flood gets starved out, the Forerunners use the Halos to begin restoring the seeds of previously lost lifeforms.
The products below contain affiliate links. We may receive a commission for purchases made through these links.
Advertisement

Game Release Dates is the best source to find out when does Halo 5: Guardians come out. Dates do change so check back often as the release approaches.
Privacy Policy
Copyright (c) 2021 www.gamereleasedates.net