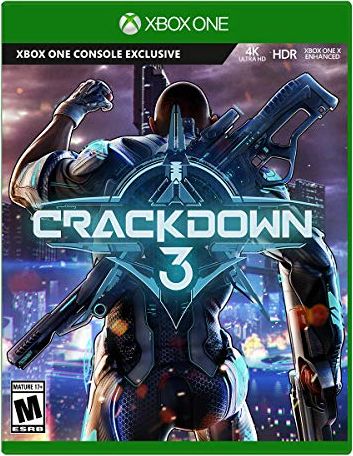 Rating: Mature
Overview
Crackdown is a thrilling action adventure game that has a third person shooter design. An open world game play allows players to explore the futuristic setting that is inspired by a western metropolis. One of the main goals is to eliminate a notorious kingpin by the name of Vicente Villareal. This leader is based in a skyscraper that soars high above the streets with tremendous fortification. A group of elite special forces are assigned the task of taking down Vicente's empire by using all means possible to destroy his mega towers. Science fiction elements of Crackdown include sleek aircraft that are loaded with machine guns and high powered lasers. The special agents are equipped with advanced sniper rifles and automatic firearms. Trucks and vehicles are carefully used to navigate urban streets and fight off any enemies defending the drug lord.
The products below contain affiliate links. We may receive a commission for purchases made through these links.
Advertisement

Game Release Dates is the best source to find out when does Crackdown come out. Dates do change so check back often as the release approaches.
Privacy Policy
Copyright (c) 2022 www.gamereleasedates.net