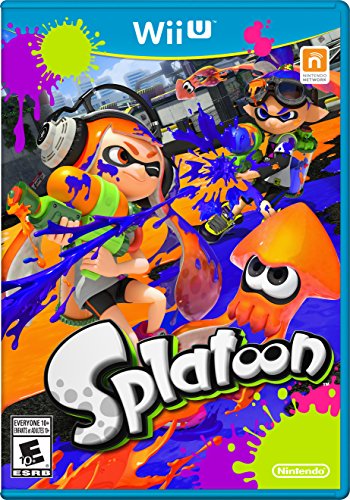 Rating: Everyone 10+
Overview
Splatoon has a third person shooting game play that invites players to engage in an all out paint turf war. Instead of shooting bullets, the cartoon like characters are equipped with weapons that squirt out loads of liquid paint in an array of colors. The frivolous nature of this game is much more lighthearted compared to traditional shooting games that have violent bloodshed. In Splatoon, players can compete against each other in small units or teams known as Good Guys and Bad Guys. The goal of each battle is to cover as much space as possible with paint. This means that it's not always necessary to even shoot at the opponent. The settings in Splatoon include realistic urban spaces such as industrial plants and bridges. The soundtrack of Splatoon is inspired by animated cartoons that appeal mostly to young children.
The products below contain affiliate links. We may receive a commission for purchases made through these links.
Advertisement

Game Release Dates is the best source to find out when does Splatoon come out. Dates do change so check back often as the release approaches.
Privacy Policy
Copyright (c) 2022 www.gamereleasedates.net