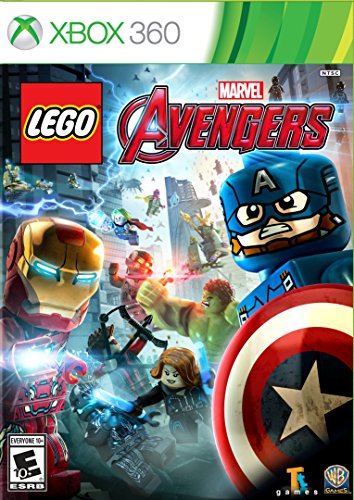 Rating: Everyone 10+
Genre: Adventure
Overview
Do you have what it takes to defend the planet against those who would do it harm? LEGO Marvel's Avengers offers exciting, engaging fun with some of the world's most famous superheroes, and best of all, it's completely family-friendly. Players of all ages and skill levels can wield Captain America's shield or Thor's mighty battle hammer. This is because all of the Avengers are made of Legos! Band together with your fellow defenders to defeat the evil Loki once and for all. Play multiple modes as you shoot, slash and parry with bloodless yet thrilling action. The world is depending on you, so whether you're a fan of Iron Man, Hawkeye or the Black Widow, it's time to pick up your weapon and get to work!
The products below contain affiliate links. We may receive a commission for purchases made through these links.
Advertisement

Game Release Dates is the best source to find out when does LEGO Marvel's Avengers come out. Dates do change so check back often as the release approaches.
Privacy Policy
Copyright (c) 2022 www.gamereleasedates.net