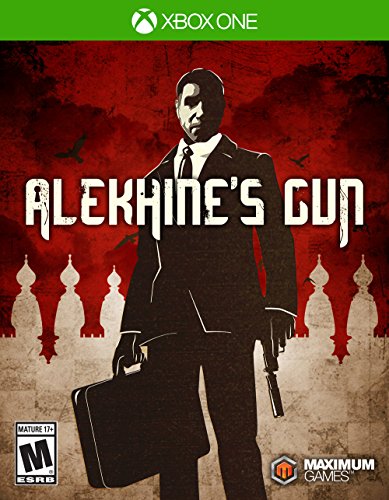 Rating: Mature
Genre: Action
Overview
The Cold War has created a nuclear standoff. Disaster could happen at any moment. The fate of the world rests on the decisions made by a Russian assassin in Alekhine's Gun! Work with American CIA agents, deal with conspirators and lead a covert operation through 11 game levels. Enjoy custom play options as you move throughout the game via different routes in U.S., Cuban and European settings. Besides using guns, poisons and other weapons, earn special weapons after missions by using stealth techniques to reach your highest potential Stealth Rankings. Do everything you must as a high-ranking spy, including wear disguises, sneak onto bases, steal classified documents and strategically create ?accidents.? Additionally, discover hidden rooms filled with secrets!
The products below contain affiliate links. We may receive a commission for purchases made through these links.
Advertisement

Game Release Dates is the best source to find out when does Alekhine's Gun come out. Dates do change so check back often as the release approaches.
Privacy Policy
Copyright (c) 2021 www.gamereleasedates.net