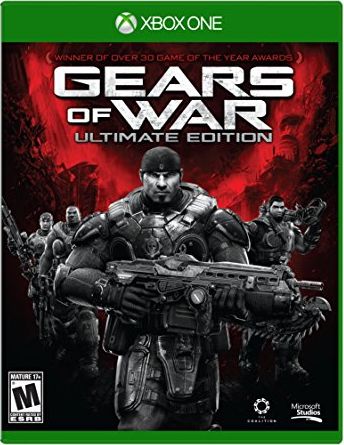 Rating: Mature
Overview
Fight the Locusts as one of the soldiers of the Coalition of Ordered Governments, the Gears, in Gears of War Ultimate Edition! Prove you can cut it as a Gear against in this third-person shooter. Use your environment for cover to avoid injuries. In this Ultimate Edition, experience an entirely remastered version of the game with 7.1 Surround Sound support and high-quality 1080p playback. Play in multiplayer mode online through dedicated servers at 60 frames per second! Additionally, explore five entirely new campaign chapters and other new content, including extra game modes and various maps. Enjoy early Spring 2016 access to Gears of War 4 Beta and five in-game Gears of War comic books!
The products below contain affiliate links. We may receive a commission for purchases made through these links.
Advertisement

Game Release Dates is the best source to find out when does Gears of War come out. Dates do change so check back often as the release approaches.
Privacy Policy
Copyright (c) 2020 www.gamereleasedates.net