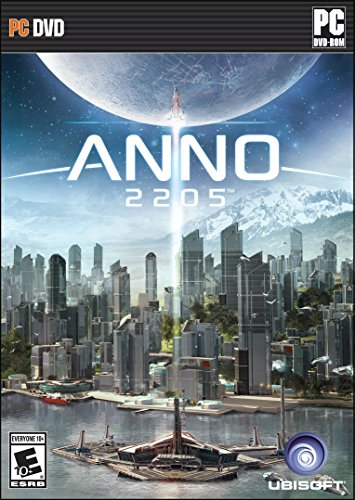 Rating: Everyone 10+
Genre: Action
Overview
Anno 2205 provides players with the challenge of building bustling metropolitan cities on planet earth. As time progresses, ambitions are set on establishing colonies in outer space including on the moon. The most important tasks are to build the necessary infrastructure to sustain large populations in big cities that can actually support initiatives for space travel. The futuristic setting of Anno 2205 is full of high-tech entities including facilities that produce robots and other advanced machinery. Besides being a city building game, Anno 2205 also covers a lot of aspects of economic development. Therefore, players must make smart financial decisions in order to sustain colonies on earth and the moon. Once communities are set up on the moon, raw resources can be extracted and traded.
The products below contain affiliate links. We may receive a commission for purchases made through these links.
Advertisement

Game Release Dates is the best source to find out when does Anno 2205 come out. Dates do change so check back often as the release approaches.
Privacy Policy
Copyright (c) 2021 www.gamereleasedates.net