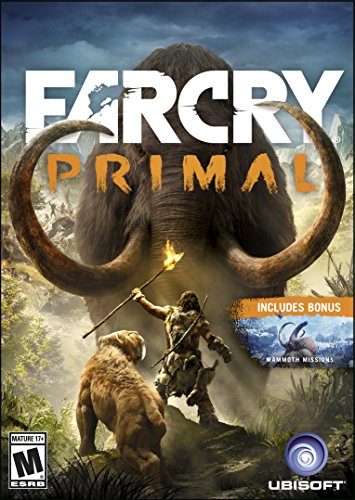 Rating: Mature
Genre: Action, Shooter
Overview
Become a great leader in the Oros valley in 10,000 BC in Far Cry Primal! Play as a hunter named Takkar who must survive on his own after his hunting party dies, and then help Takkar become the leader of his people. Struggle to tame fire and fight off predators like saber-toothed tigers and enemies from other tribes. Create new bone and stone tools and weapons and then hunt mega-sized prey such as mammoths. Use stealth and tactics to rise above animals and humans alike. Enjoy 360-degree one-on-one and melee-style combat as Takkar journeys across a variety of stunning environments, including frozen landscapes, swamps and tall redwood forests. Do you have what it takes to survive the Stone Age?
The products below contain affiliate links. We may receive a commission for purchases made through these links.
Advertisement

Game Release Dates is the best source to find out when does Far Cry Primal come out. Dates do change so check back often as the release approaches.
Privacy Policy
Copyright (c) 2022 www.gamereleasedates.net