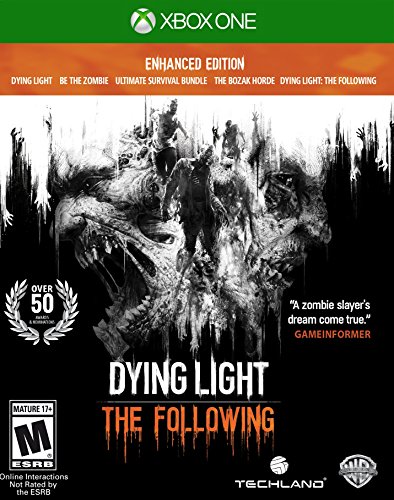 Rating: Mature
Genre: Action
Overview
Dying Light: The Following has a traditional horror and survival genre with an open world design. In this game, players control Kyle Crane, an agent who is dispatched on a challenging mission in the Turkish city of Harran. His goal is to battle zombies in an isolated area of the city with a major viral outbreak. Dying Light: The Following has a realistic day and night cycle that influences the game play. For example, the vicious enemies become extremely aggressive as night falls upon Harran. Kyle Crane must use his diverse arsenal to destroy the subhuman enemies and save the remaining human population. Dirt buggies and other versatile vehicles provide reliable forms of transportation in the most dangerous parts of Harran.
The products below contain affiliate links. We may receive a commission for purchases made through these links.
Advertisement

Game Release Dates is the best source to find out when does Dying Light: The Following come out. Dates do change so check back often as the release approaches.
Privacy Policy
Copyright (c) 2021 www.gamereleasedates.net