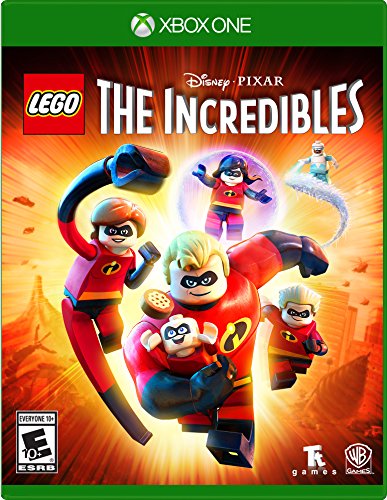 Rating: Everyone 10+
Genre: Action
Overview
Experience the thrilling adventures of the Parr family as they conquer crime and family life through both Disney-Pixar films The Incredibles and The Incredibles 2, in a LEGO world full of fun and humor. LEGO The Incredibles allows players to explore action-packed story levels and an epic hub world - including Municiberg and New Urbem, as they use their unique ?Super? abilities to bring the city's Super Villains to justice. Gamers can also team up with family and friends in 2 player co-op to assemble incredible LEGO builds!
The products below contain affiliate links. We may receive a commission for purchases made through these links.
Advertisement

Game Release Dates is the best source to find out when does LEGO The Incredibles come out. Dates do change so check back often as the release approaches.
Privacy Policy
Copyright (c) 2021 www.gamereleasedates.net