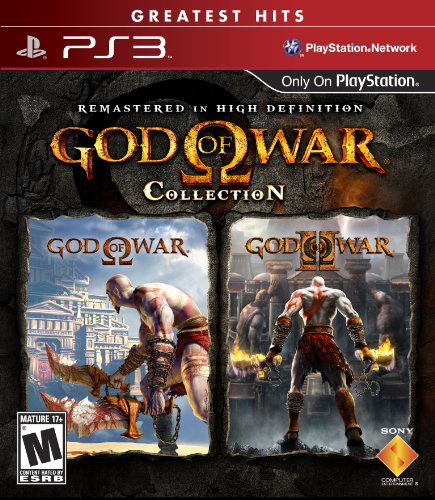 Rating: Mature
Genre: Action, Fighting
Overview
Come join the strong and proud Spartan warrior, Kratos in his long journey for vengeance. Follow him through Ancient Greece as he attempts to complete a wondrous endeavor for the Goddess Athena in hopes of killing the God of War, Ares, in order to get vengeance for Ares's hand in the killing of his family. The journey leads him through Ancient Greece in search of the legendary Pandora's Box, the one thing that can kill Ares. Upon finding it, Kratos is rewarded with Ares's old title and becomes Kratos the new God of War. After becoming the new God of War, Kratos finds himself betrayed by Zeus. In an attempt to get rid of him, Zeus has Kratos killed and sent down to the Underworld. On his way to the Underworld, Kratos is offered help by the Titan Gaia. Gaia offers to help Kratos by sending him back in time so he can exact his revenge on Zeus. With the help of the Sisters of Fate, Kratos goes back in time and releases the Titans to help them storm over and take back Mount Olympus.
Advertisement

Game Release Dates is the best source to find out when does God of War: Collection come out. Dates do change so check back often as the release approaches.
Privacy Policy
Copyright (c) 2020 www.gamereleasedates.net