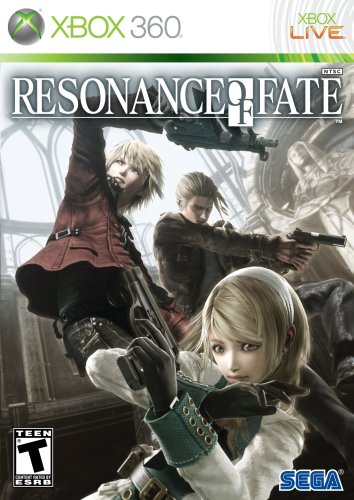 Rating: Teen
Overview
Jump into combat as Resonance of Fate takes multiple players on strategically planned missions in a futuristic earthly environment. Designed as an RPG at its best, worlds are vibrantly populated and lush with graphic details that center around the Tower of Basel. A lot of flash lends itself to the intrigue while selected characters go into battle with weapons and real-time action. Players acquire points and can attack targets until those points run out before another player takes over. Hero mode, which includes special powers such as damage immunity, is one of the goal-oriented rewards to unlock. Characters are customizable and weapons are modified with additional parts collected throughout the gaming period. Dystopian in concept and cinematically brilliant in scope, there is a learning curve on some levels that only makes this adventure more exciting and addictive.
The products below contain affiliate links. We may receive a commission for purchases made through these links.
Advertisement

Game Release Dates is the best source to find out when does Resonance of Fate come out. Dates do change so check back often as the release approaches.
Privacy Policy
Copyright (c) 2022 www.gamereleasedates.net