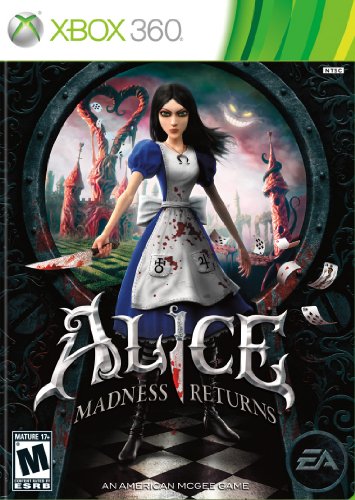 Rating: Mature
Genre: Action, Fantasy
Overview
In Alice: Madness Returns, players must pilot their character from various environments that have been inspired by industrial London and Alice in Wonderland. The game follows the story of Alice Liddell once more, who became insane after her mother and her sister will killed in a fire. Alice: Madness Returns takes place many years after she was released from the mental asylum in American McGee?s Alice. She is currently seeing a psychiatrist who thinks that she should forget about the fire since various traumatic memories can prove to be dangerous. In order to make her forget about the fire, he encourages her to seek her refuge in Wonderland. Unfortunately, Wonderland has been corrupted again by an unknown entity.
The products below contain affiliate links. We may receive a commission for purchases made through these links.
Advertisement

Game Release Dates is the best source to find out when does Alice: Madness Returns come out. Dates do change so check back often as the release approaches.
Privacy Policy
Copyright (c) 2022 www.gamereleasedates.net