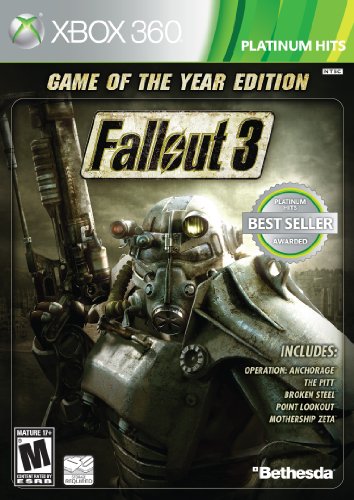 Fallout 3: Game of The Year Edition

Rating: Mature
Genre: Action
Overview
The third Fallout game returns to the wasteland of post-nuclear America in 2277, but is the first game of the series to allow players to explore a 3D world from their choice of a first- or third-person perspective. Players create a character, assign statistics, and begin their life in dystopia by being cast out of the safety of the underground "vault" they've always called home. The player must explore the wastelands to find remnants of civilization and continue a plan started by their parents to purify all the water in the area. The Game of the Year Edition comes packaged with all of the game's downloadable content packs.
The products below contain affiliate links. We may receive a commission for purchases made through these links.
Advertisement

Game Release Dates is the best source to find out when does Fallout 3: Game of The Year Edition come out. Dates do change so check back often as the release approaches.
Privacy Policy
Copyright (c) 2021 www.gamereleasedates.net