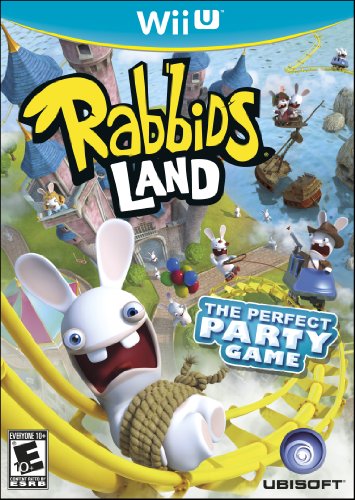 Rating: Everyone 10+
Genre: Action
Overview
Rabbids Land starts with an invasion of alien like creatures onto a fantasy world. From their soaring spaceship, the Rabbid creatures invade more than 20 different theme park venues such as a Castle, roller coaster, pirate boat and other attractions in an amusement park. These mischievous creatures wreck havoc in a colorful and fun theme park inspired by real amusement rides and features. Rabbids Land has a fun and frivolous game play that uses elements of comic mischief during destruction and silly fighting. Rabbids Land has a game design that uses a classic board feature where characters roll dice and take turns throughout different missions. The soundtrack has a vibrant and energetic sound that stimulates players to engage in careless fun. The Rabbid characters can dance, sing and do other awkward moves during their quest to run through theme parks.
Advertisement

Game Release Dates is the best source to find out when does Rabbids Land come out. Dates do change so check back often as the release approaches.
Privacy Policy
Copyright (c) 2020 www.gamereleasedates.net