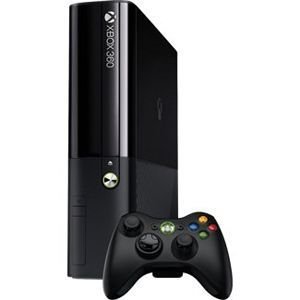 Rating: Rating Pending
Overview
Endless gaming opportunities arise on Microsoft's 250GB machine. Every niche angle of virtual reality is encapsulated by this engrossing platform's dynamic array of powerhouse technology. The versatile controls can be adapted to any genre; meanwhile, extreme graphics facilitate hyper realism to engage players of all demographics. In fact, this decadent device doubles as an all-in-one entertainment system. Internet applications are automatically installed, which means owners have instant access to their favorite online libraries of games and music. With a ton of hard drive space, this unit can also fit comprehensive collections of personal media. Every essential piece of data can be stored on this innovative storage mechanism. Menus intuitively arrange all commands into a fluidly navigable interface. Gamers can represent themselves with highly nuanced visual avatars. Over time, it is possible to rack up thousands of gamer points based on unlocked achievements.
The products below contain affiliate links. We may receive a commission for purchases made through these links.
Advertisement

Game Release Dates is the best source to find out when does Xbox 360 250GB come out. Dates do change so check back often as the release approaches.
Privacy Policy
Copyright (c) 2020 www.gamereleasedates.net