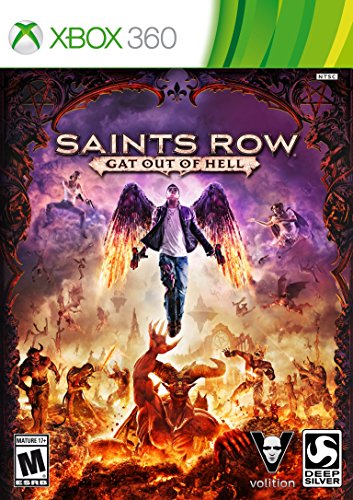 Rating: Mature
Genre: Action
Overview
It's the wedding to END all weddings and you're invited! Satan has kidnapped the President to force him to marry Satan's daughter Jezebel and become the general of Hell's armies. Although Jezebel only wants to marry someone she loves, her father won't listen and it's up to Johnny Gat and Kinzie Kensington to save the POTUS and humanity in this Saints Row IV expansion: Saints Row: Gat Out of Hell. Travel to New Hades, Hell and fight as Johnny or Kinzie, with help from the Seven Deadly Sins, against demons and monsters through 81 hoods on five islands -- Barrens, Den, Downtown, Forge and Shantytown -- to reach Satan's Tower in time to stop the wedding!
Advertisement

Game Release Dates is the best source to find out when does Saints Row IV: GAT come out. Dates do change so check back often as the release approaches.
Privacy Policy
Copyright (c) 2020 www.gamereleasedates.net