Injustice: Gods Among Us Release Dates 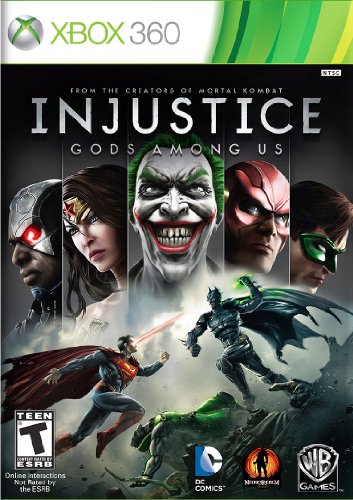 Injustice: Gods Among Us

Rating: Teen
Genre: Action, Fighting
Overview
The creators of Mortal Kombat bring you their latest foray into the fighting genre, Injustice: Gods Among Us, a cataclysmic clash between DC Comics? toughest heroes and villains. Battle as Batman, Superman and over 20 other iconic characters, each with custom moves and abilities, across legendary interactive locations such as Metropolis and Arkham Asylum. Take on friends and enemies alike in online battle, or delve into the extensive single player modes, including challenging character missions and a full cinematic story mode penned by the writers of DC Comics. Fight across multiple chapters as many of the game's combatants, as The Joker puts a plan into motion that threatens the very fabric of reality.
The products below contain affiliate links. We may receive a commission for purchases made through these links.
Advertisement

Injustice: Gods Among Us
Wii U Release Date

Game Release Dates is the best source to find out when does Injustice: Gods Among Us come out. Dates do change so check back often as the release approaches.
Privacy Policy
Copyright (c) 2020 www.gamereleasedates.net