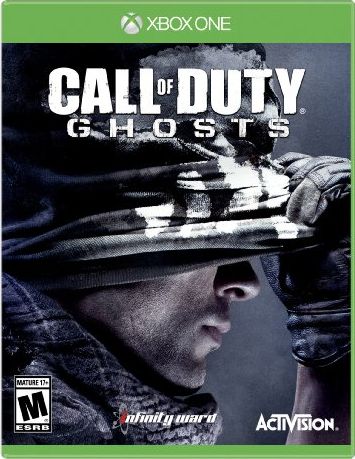 Rating: Mature
Genre: Action, Shooter
Overview
Part of the most popular war combat video game franchise of all time, Call of Duty: Ghosts invites players to engage in a thrilling campaign from the perspective of the main character Logan Walker. This first person shooter game is based on a modern setting in a series of conflicts within the Middle East. The story line follows futuristic events that involve nuclear destruction and the threat of human extinction all over the globe. U.S. forces take on mostly fictional enemies such as mutated creatures that have come to destroy the good forces on earth. Call of Duty: Ghosts allows players to build their own squads and also engage in cooperative multi-player missions. This game features an arsenal of realistic weapons such as rifles and shotguns but there are also new powerful weapons inspired by science fiction and futuristic themes.
The products below contain affiliate links. We may receive a commission for purchases made through these links.
Advertisement

Game Release Dates is the best source to find out when does Call of Duty: Ghosts come out. Dates do change so check back often as the release approaches.
Privacy Policy
Copyright (c) 2021 www.gamereleasedates.net