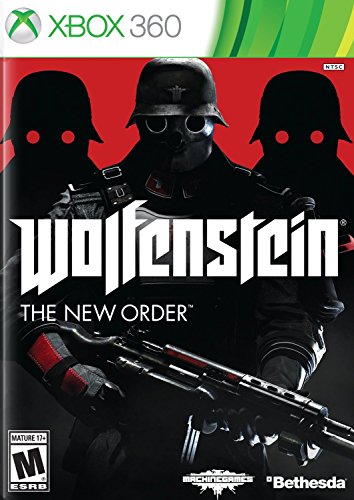 Rating: Mature
Genre: Action, Shooter
Overview
What if the NAZIs had won? Wolfenstein: The New Order presents one what-if scenario. Taking on the role of William "B.J." Blazkowicz nineteen years after the events of Wolfenstein, players will battle NAZI robots and deadly super soldiers as Blackowitz fights against the world dominance of the worst empire to ever dominate. The action in this first person shooter promises to be intense, with secret research facilities and deadly weapons like you'd expect from mad NAZI scientists, as well as high tech war mnachines with you in control. Varied and richly detailed environments renddered with the ID Tech 5 engine include secret research labs and exploration from the watery depths to mountain tops.
The products below contain affiliate links. We may receive a commission for purchases made through these links.
Advertisement

Game Release Dates is the best source to find out when does Wolfenstein: The New Order come out. Dates do change so check back often as the release approaches.
Privacy Policy
Copyright (c) 2020 www.gamereleasedates.net