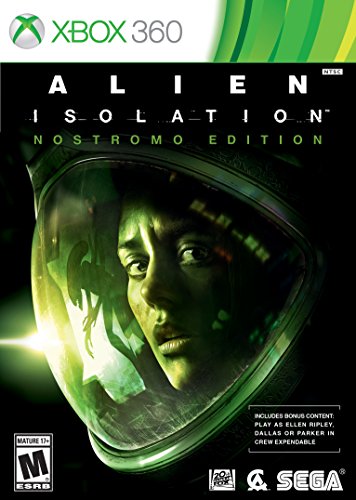 Rating: Mature
Genre: Action
Overview
Alien: Isolation, the hotly anticipated new release from Sega, is a thrilling first person shooter which picks up several years after the blockbuster 1979 hit Alien leaves off. Set in the distant future, the game player takes on the role of Amanda Ripley searching for clues about her mother's disappearance. At the same time, the player is continuously stalked by the ever present alien loose on the space station. Navigating the immersive environment in order to survive, players must stay one step ahead of the deadly creature at all times in this gripping addition to the Alien franchise.
Advertisement

Game Release Dates is the best source to find out when does Alien: Isolation come out. Dates do change so check back often as the release approaches.
Privacy Policy
Copyright (c) 2020 www.gamereleasedates.net