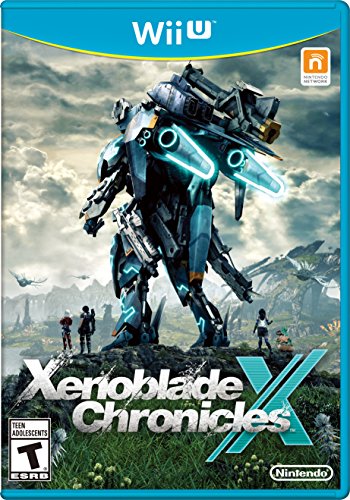 Rating: Teen
Overview
Xenoblade Chronicles X has a role playing genre with a massive open world game play that is set in a fictional world. The initial outer space setting includes various types of planets that act as safe havens for the earth that has been heavily damaged. Advanced spacecraft is used to navigate the galaxies that are full of unknown dangers and threats due to natural events and extraterrestrial creatures. Eventually, survivors of planet earth find a mysterious but serene landscape to settle down and explore. One of the main characters Elma goes on adventures that include battles against robots, mythical creatures and other diverse forms of life that have invaded earth. The combat system is based on real time battles rather than turn based fights. The high quality graphics fuse elements of futuristic designs with Japanese animations and some Medieval themes.
The products below contain affiliate links. We may receive a commission for purchases made through these links.
Advertisement

Game Release Dates is the best source to find out when does Xenoblade Chronicles X come out. Dates do change so check back often as the release approaches.
Privacy Policy
Copyright (c) 2022 www.gamereleasedates.net