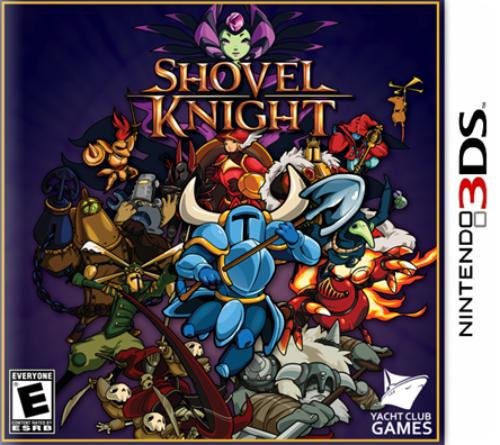 Rating: Everyone
Genre: Action
Overview
Shovel Knight is based on a traditional side-scrolling game play with 2D graphics in 8-bit quality. From digging treasures in the ground to knocking enemies over, the shovel is quite a useful weapon in this game. The settings are loosely based on Medieval Europe with features such as castles and forests. Dungeons are also part of the settings that are full of surprises, mazes and complex puzzles. Passing checkpoints and defeating bosses are some of the ways that lead to victory and completion of the levels in Shovel Knight. A group of knights embarks on journeys that are full of adventure in beautiful landscapes. Wizards, evil spirits and other supernatural entities are also some of the foes in this game.
Advertisement

Game Release Dates is the best source to find out when does Shovel Knight come out. Dates do change so check back often as the release approaches.
Privacy Policy
Copyright (c) 2020 www.gamereleasedates.net