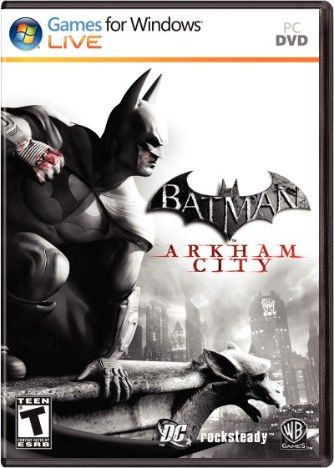 Rating: Teen
Genre: Action
Overview
When Arkham Asylum and the local penitentiary become too small to house all of the criminally insane and violent members of society in Gotham, the mayor closes down a section of slums and converts it into a holding area for all of the undesirables. An underground group has released a steroid-like virus known as Titan, which turns people into incredibly-strong, dangerous creatures. It also kills those infected. The Joker manages to give the virus to Batman, and it is then a race against time to find the cure. While one is eventually obtained, the issue of Arkham City comes to a head as evil factions plan to blow it up and murder everyone contained inside. Batman finds out about the plan and puts a stop to it, thereby stopping the destruction of Gotham and the murder of those not condemned to death in a court of law.
The products below contain affiliate links. We may receive a commission for purchases made through these links.
Advertisement

Game Release Dates is the best source to find out when does Batman: Arkham City come out. Dates do change so check back often as the release approaches.
Privacy Policy
Copyright (c) 2021 www.gamereleasedates.net