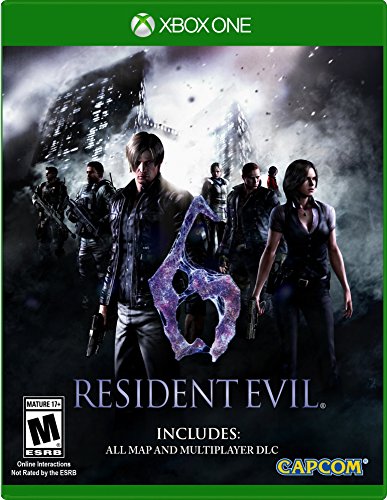 Rating: Mature
Genre: Action
Overview
Veteran zombie slayers Chris Redfield, Leon S. Kennedy and Ada Wong team up with newcomer Jake Muller to combat a global outbreak of bioterrorist attacks. Players will take on individual scenarios for each character and have the option of being aided by a human partner. Various mini-games and multiplayer modes are included as well. Agent Hunt allows players to anonymously take the role of a monster in another player's game. The Mercenaries returns from previous games, tasking players with killing as many enemies as possible in an enclosed arena before a timer expires. Siege mode allows players to choose between human agents who attempt to protect an AI companion or monster enemies who attempt to kill them. Three additional multiplayer modes are also available via paid DLC.
The products below contain affiliate links. We may receive a commission for purchases made through these links.
Advertisement

Game Release Dates is the best source to find out when does Resident Evil 6 come out. Dates do change so check back often as the release approaches.
Privacy Policy
Copyright (c) 2020 www.gamereleasedates.net